Our latest GEAR JAMMER Magazine Truck of the Month is this stunning, blue 1995 Peterbilt 379 daycab that’s owned by Kobyluck Trucking  based in CT. Matt Kobyluck purchased the truck new from a local dealer in 1994, and worked it himself before turning the keys over to family friend Ricky Taylor, who had gone to work for Kobyluck along with his father. Ricky would usually run 4 – 500 miles per day in the truck, going in & out of different materials’ pits as well as hauling to various concrete plants. After working for a number of years, this decked out daycab was completely rebuilt from the ground up by Ricky & his father. Matt Kobyluck funded the rebuild, putting the Taylors in charge, using Ricky’s idea of what a show truck should look like as the blueprint! The interior was completely decked out with a number of polished items trimming the dash. Outside they added a 16″ drop visor, a set of 7″ straight pipes, train horns, and a number of extra lights. Ricky credits Berube’s Truck Accessories, LLC for supplying almost all of the dress up accessories that were added to the truck. Power comes from the 3406e 5EK motor that’s paired up with an 8 speed transmission. Ricky took the truck to quite a few truck shows after the rebuild and placed first at a number of them, before eventually leaving Kobyluck to pursue other things. Matt Kobyluck keeps the truck mainly for shows and special events, and it’s earned it after working for over 980,000 miles. This blue beauty looks better than the day that Matt Kobyluck purchased it, thanks to the rebuild by Ricky Taylor & his dad. Who knows, you just might see it roll into a show someday and then you can check this blue beauty out for yourself 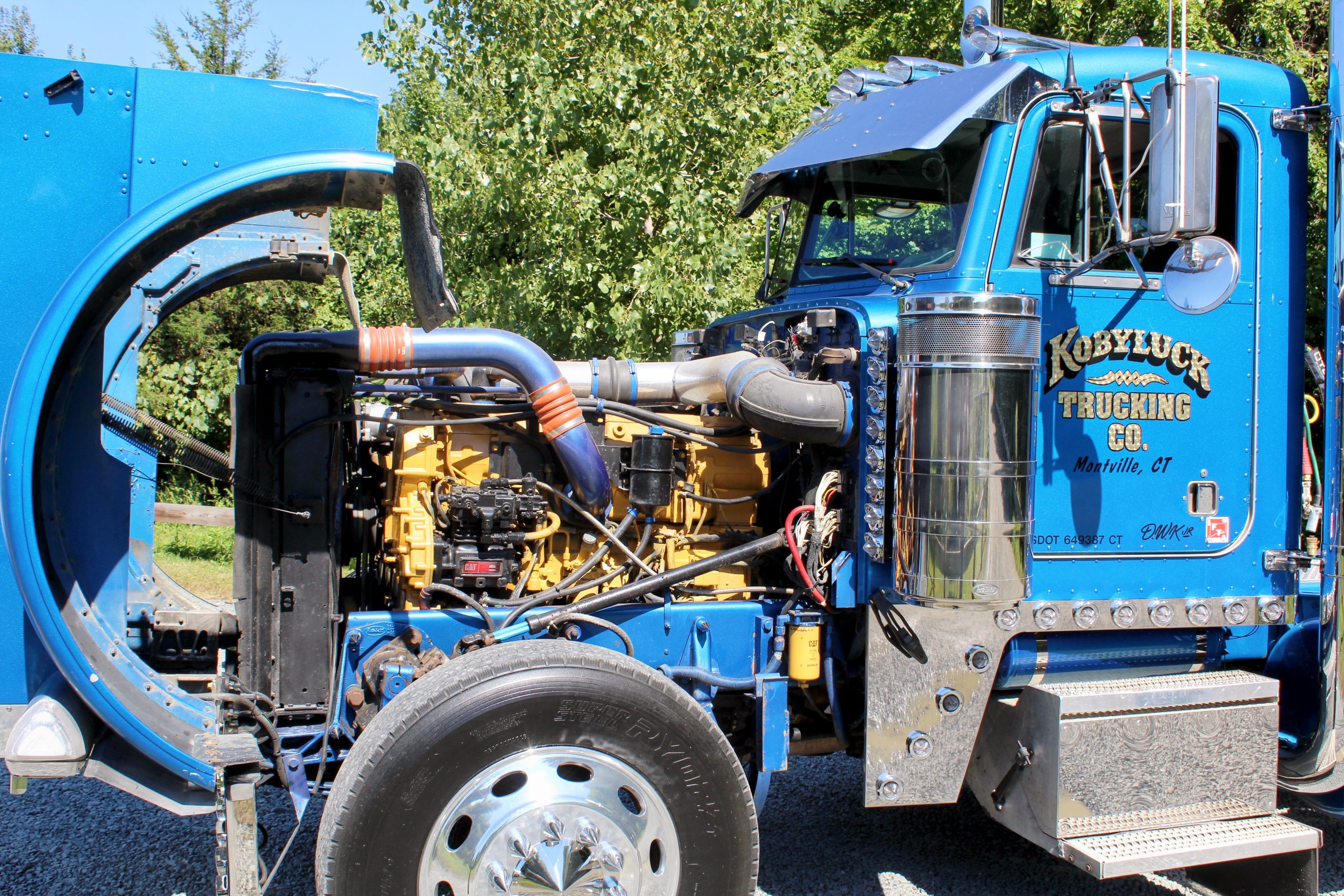 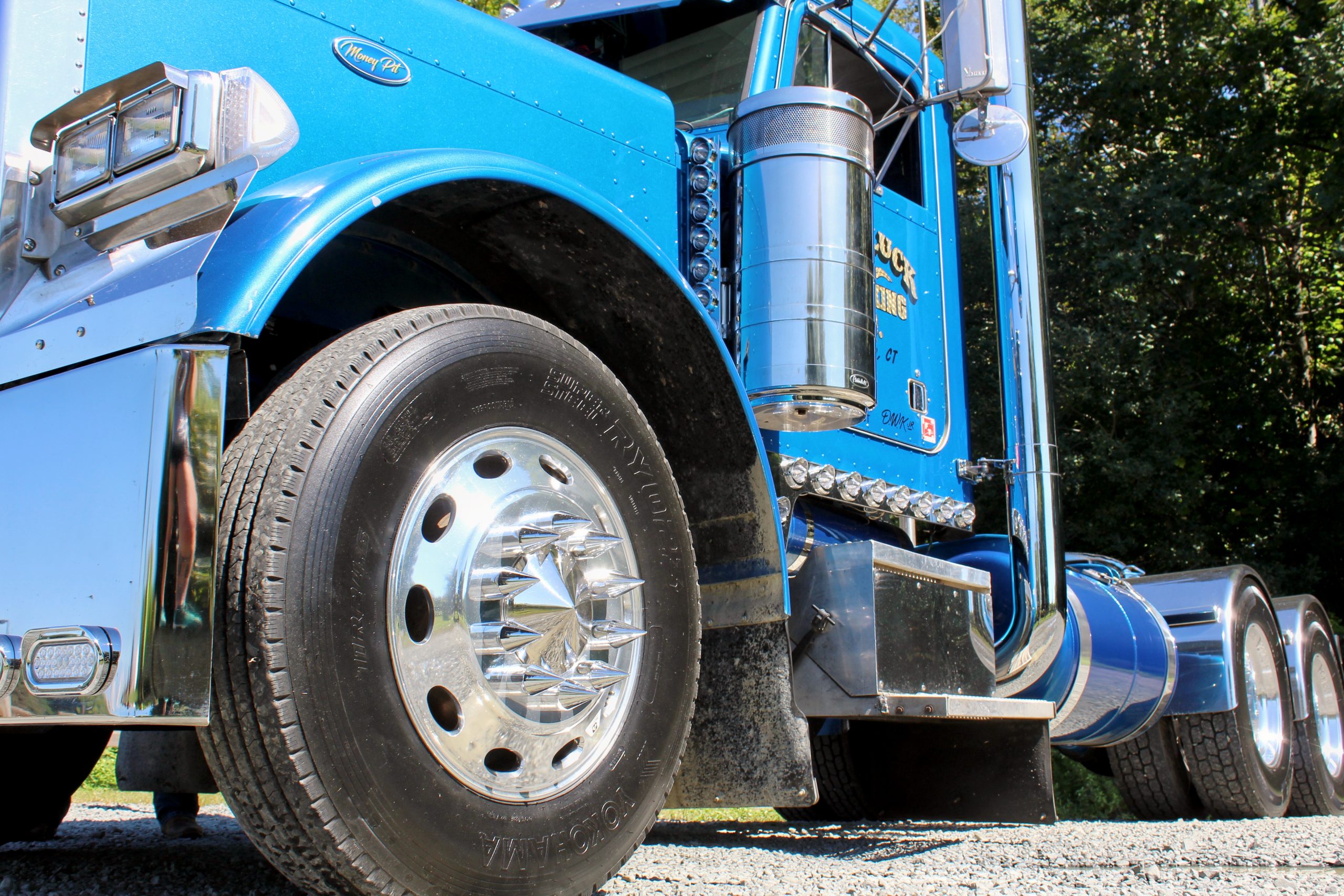 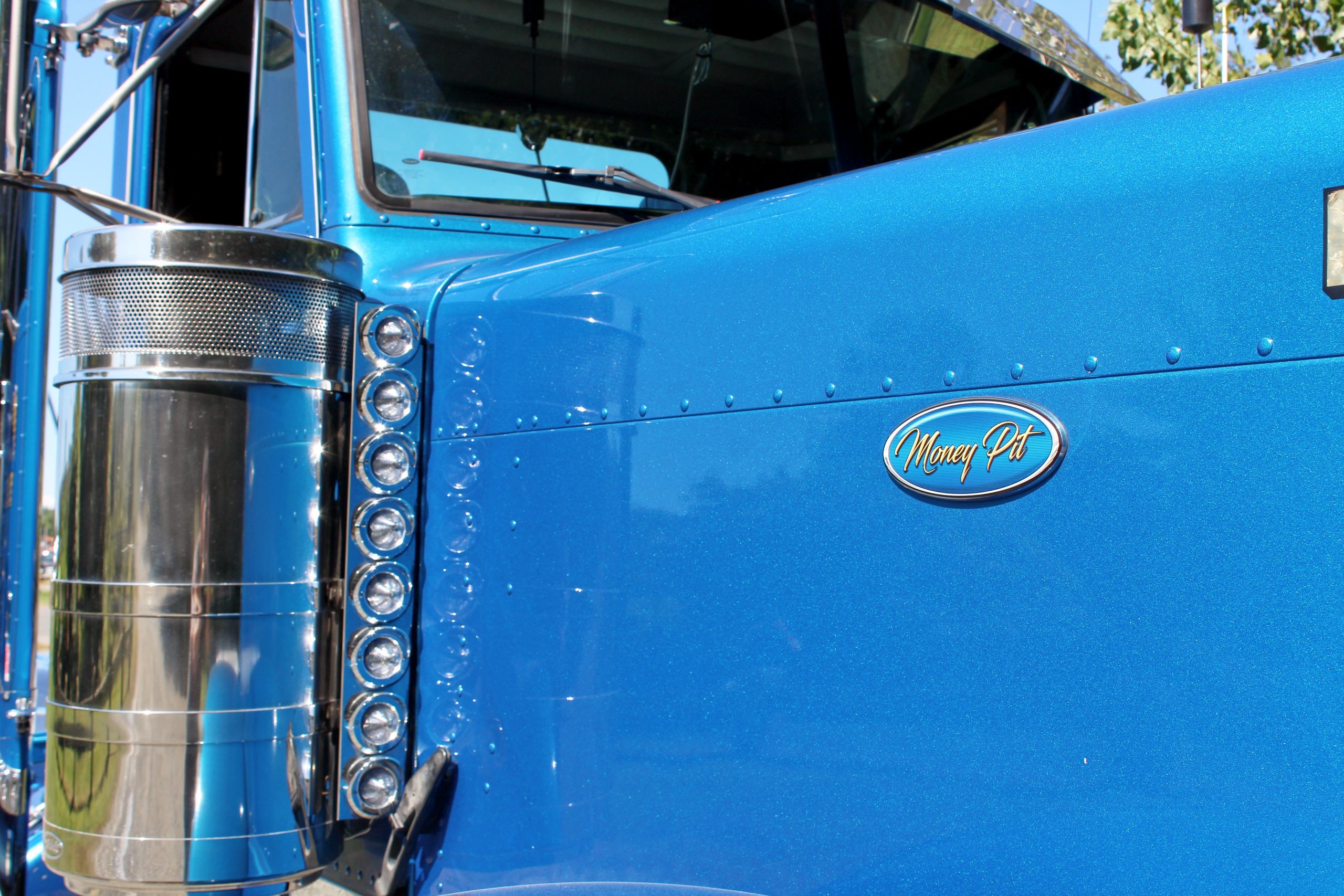 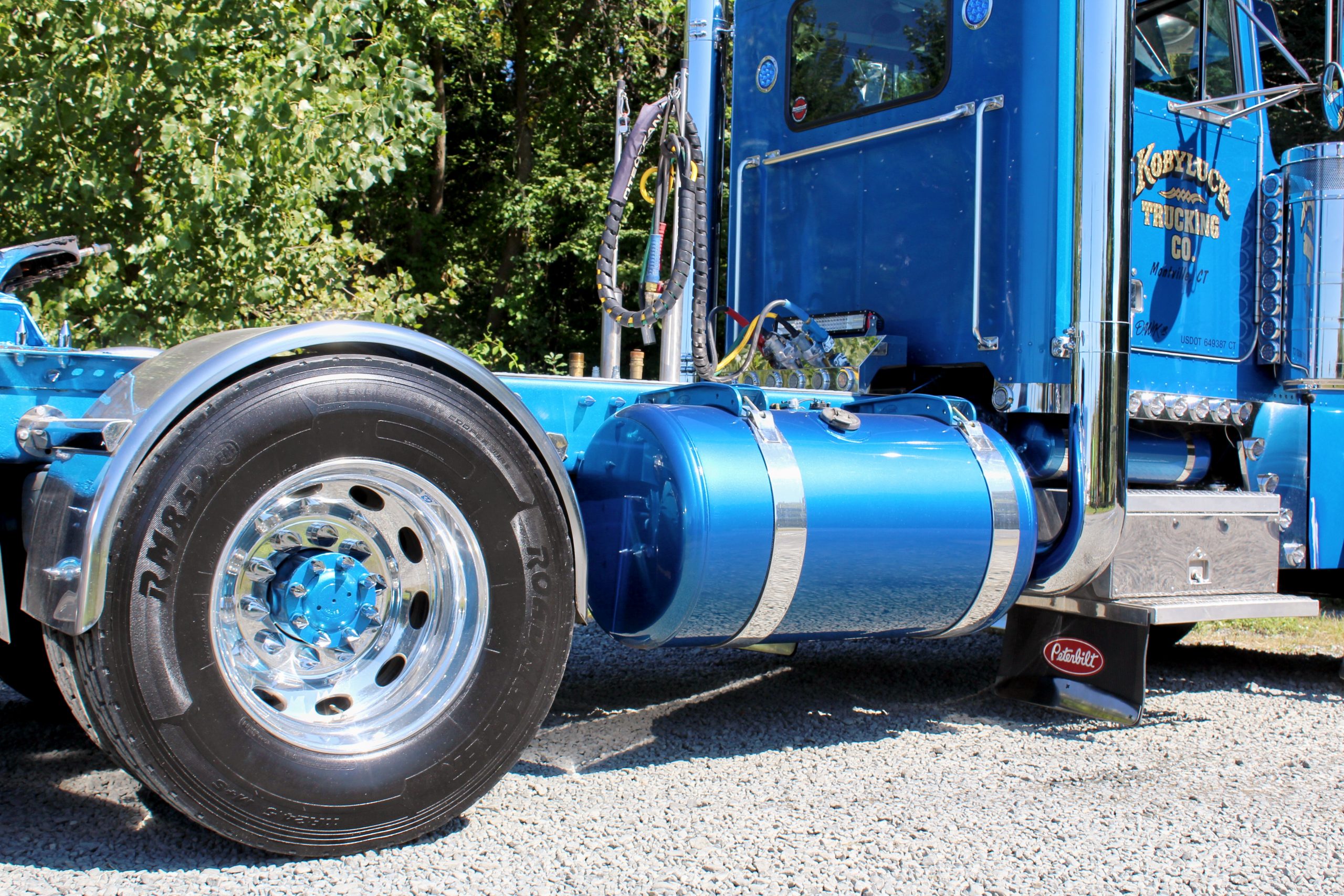 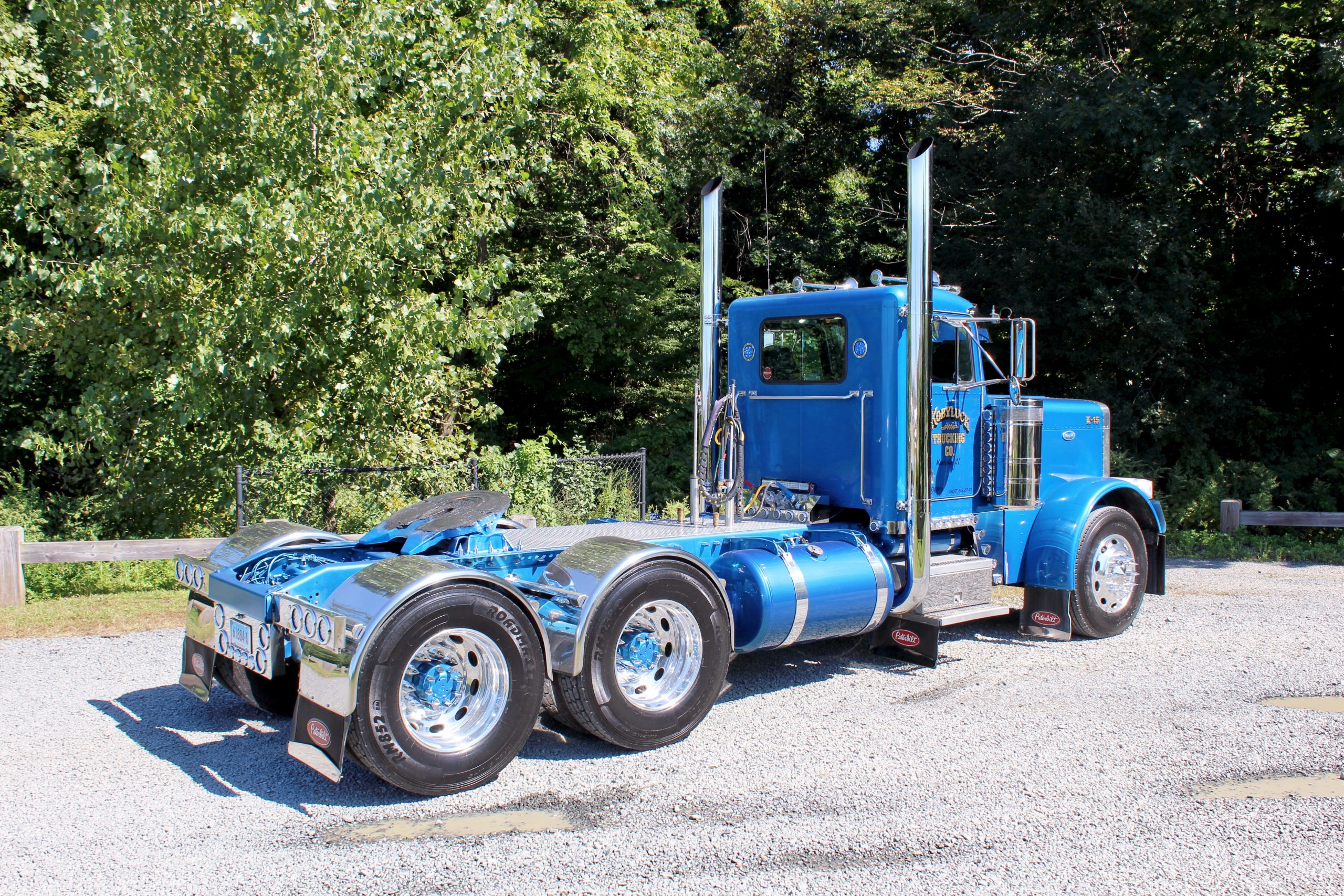 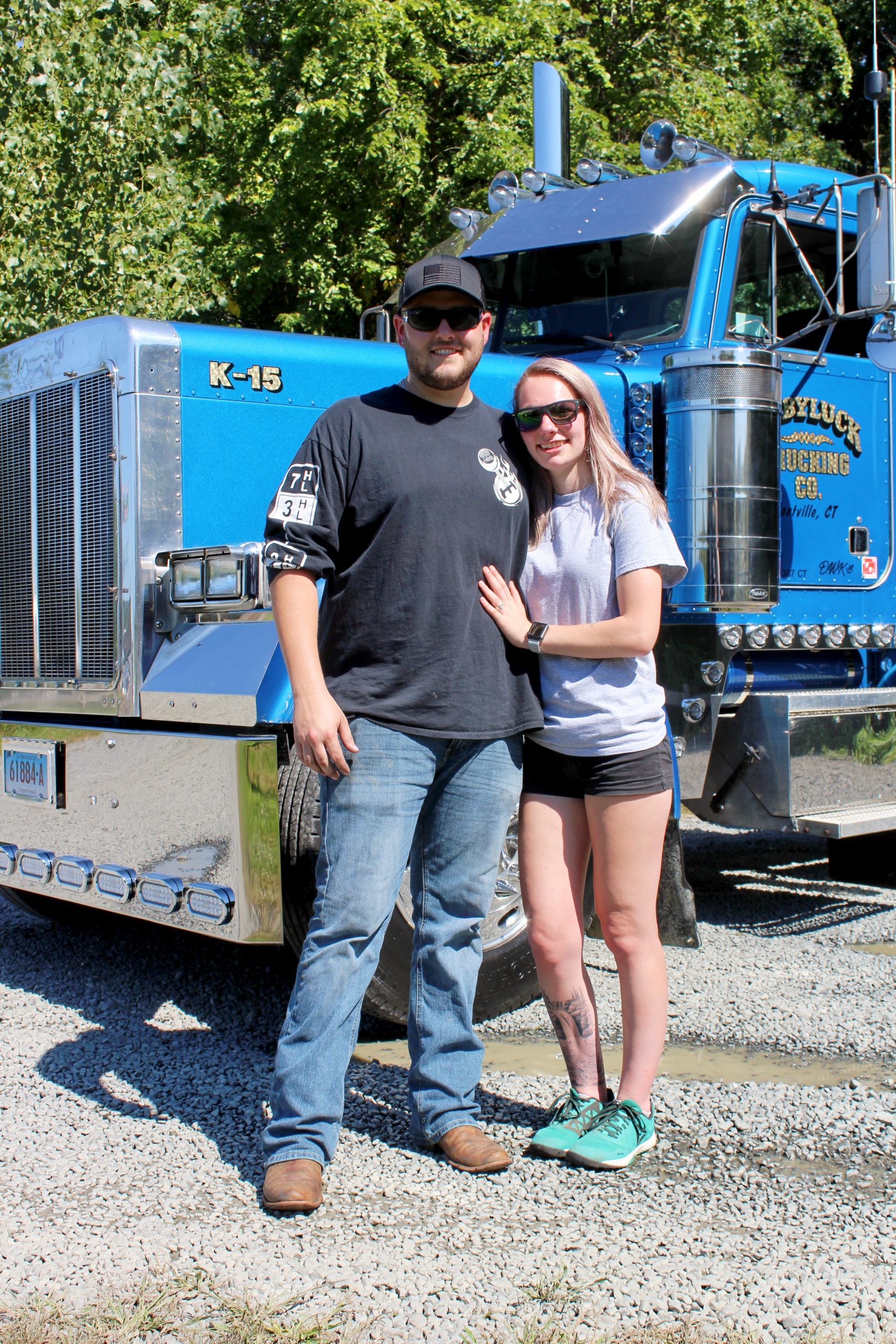