Truck of The Month
May, 2022
Bernie Champagne has been fascinated with trucks since age 5 when he and his best friend Christian had their very own construction site, which was 100% real in their eyes as five year old boys, and they even put a sign in the driveway so that everyone could see that it was a “real” construction site. Christian’s father owned a couple of dump trucks and excavating machines, and Bernie & Christian would actually argue after school about which one of them would be going with Christian’s dad in his dump truck to make his deliveries around the village! Little did Bernie know, he would be making his own deliveries but on a much bigger scale. Bernie got a sales job at a freight carrier after graduating college, and as he worked around the big trucks his mind took him back to the days when he and his friend Christian had fun playing with the trucks on their construction site. Bernie decided to get his CDL after his father passed away in 2002, and his first truck was a Sterling with a super 10 speed that he would drive thru downtown Montreal. His dream was always to drive a Peterbilt and he was able to get into a 2013 Peterbilt doing refrigerated work, until he stumbled on the opportunity to haul oversize loads. His friend Jeff helped him and they purchased a 60 ton lowboy 3+1 with a booster and a Jeep dolly. They kept the 2013 Peterbilt but they then decided to build the brilliant blue Peterbilt 389 that you see in our photos. The truck was “dressed up” with a custom front bumper, a polished drop visor, and polished window chops. The air horns were removed from the roof and a full row of cab lights filled the space above the visor. Painted fuel tanks with polished straps and painted single fenders over the rears with polished center panels round out this beauty. A custom aluminum floor was installed in the interior and Bernie says his office chair makes him smile each time he gets into the driver’s seat. His partner Jeff has a child with Autism so Bernie decided to replace the Peterbilt logos with Autism puzzle piece logos. He also wrote the dot numbers in puzzle pieces on the battery boxes. Bernie’s friend was touched by the tribute to his son and the truck’s bright blue paint is actually the official color of Autism Awareness. Bernie hauls a variety of heavy loads with the truck in Canada as well as the United States. One thing’s for certain, he’s riding in style in his dream truck, realizing the dreams of trucking that he had as a 5 year old boy playing with his neighborhood friends! 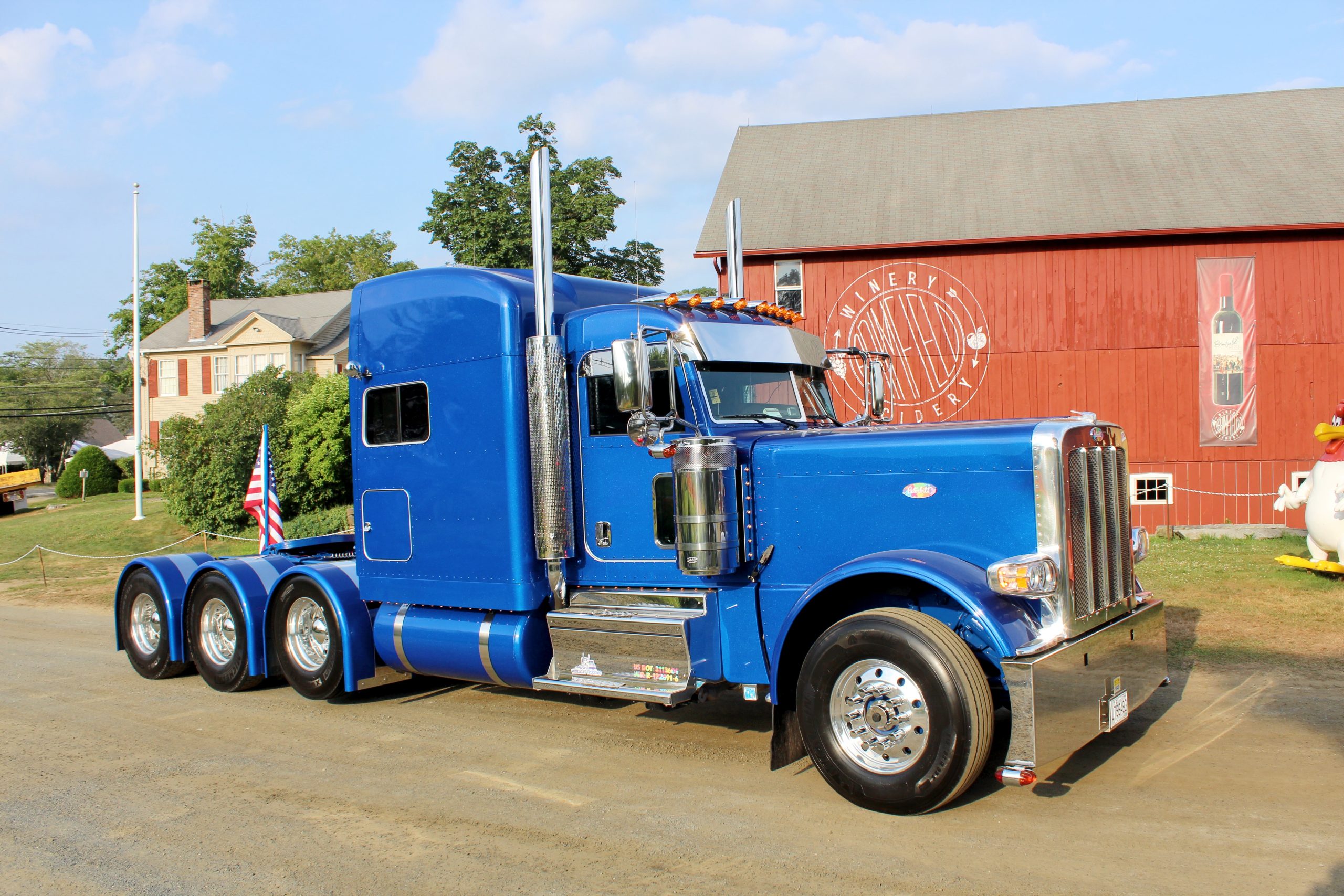 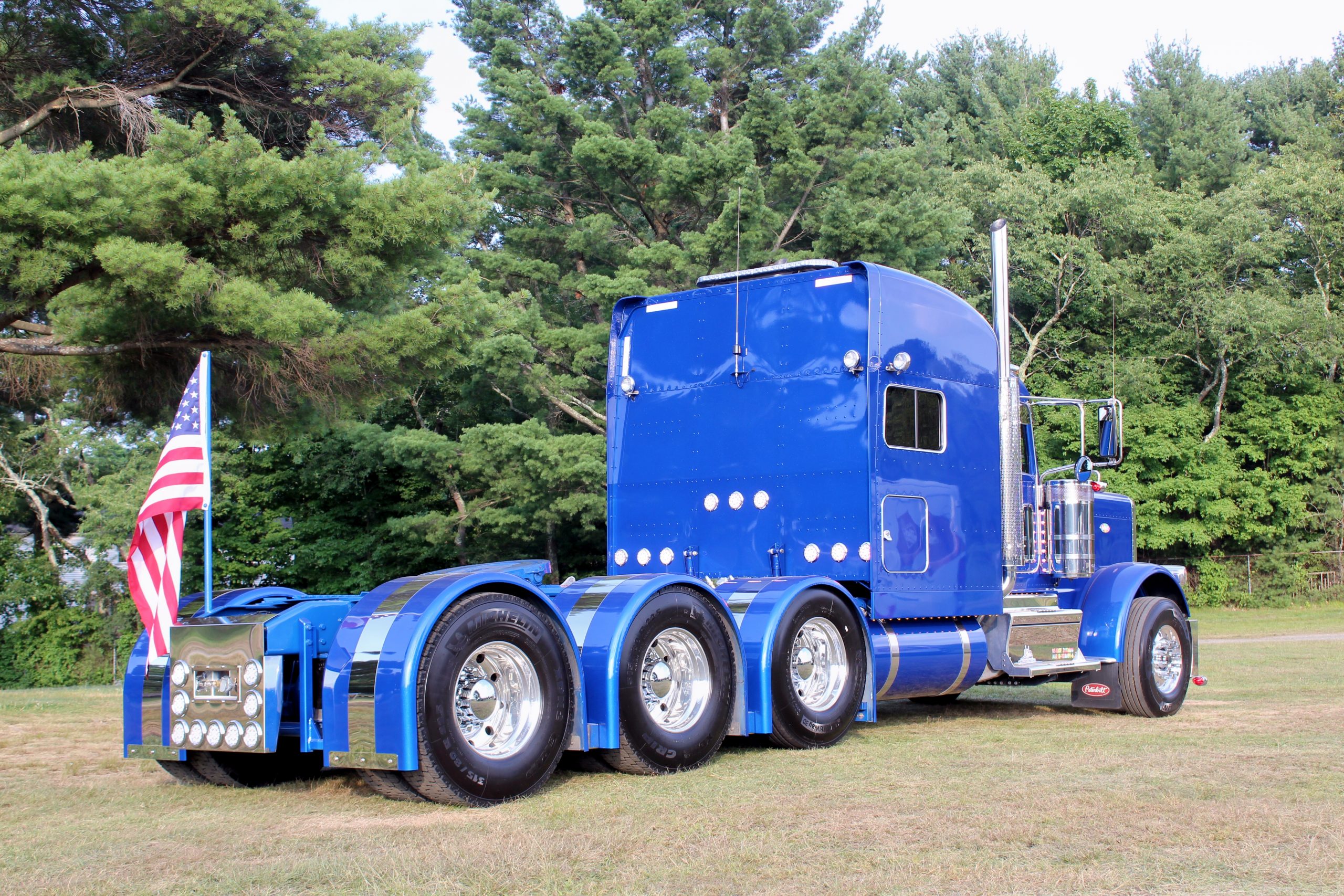 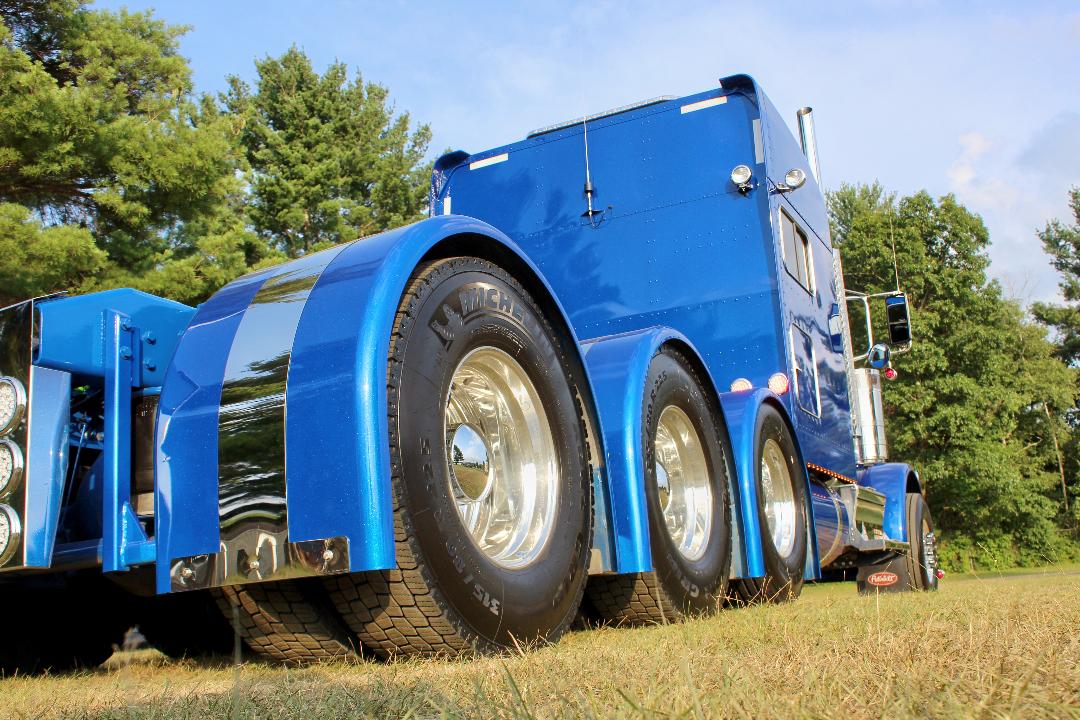 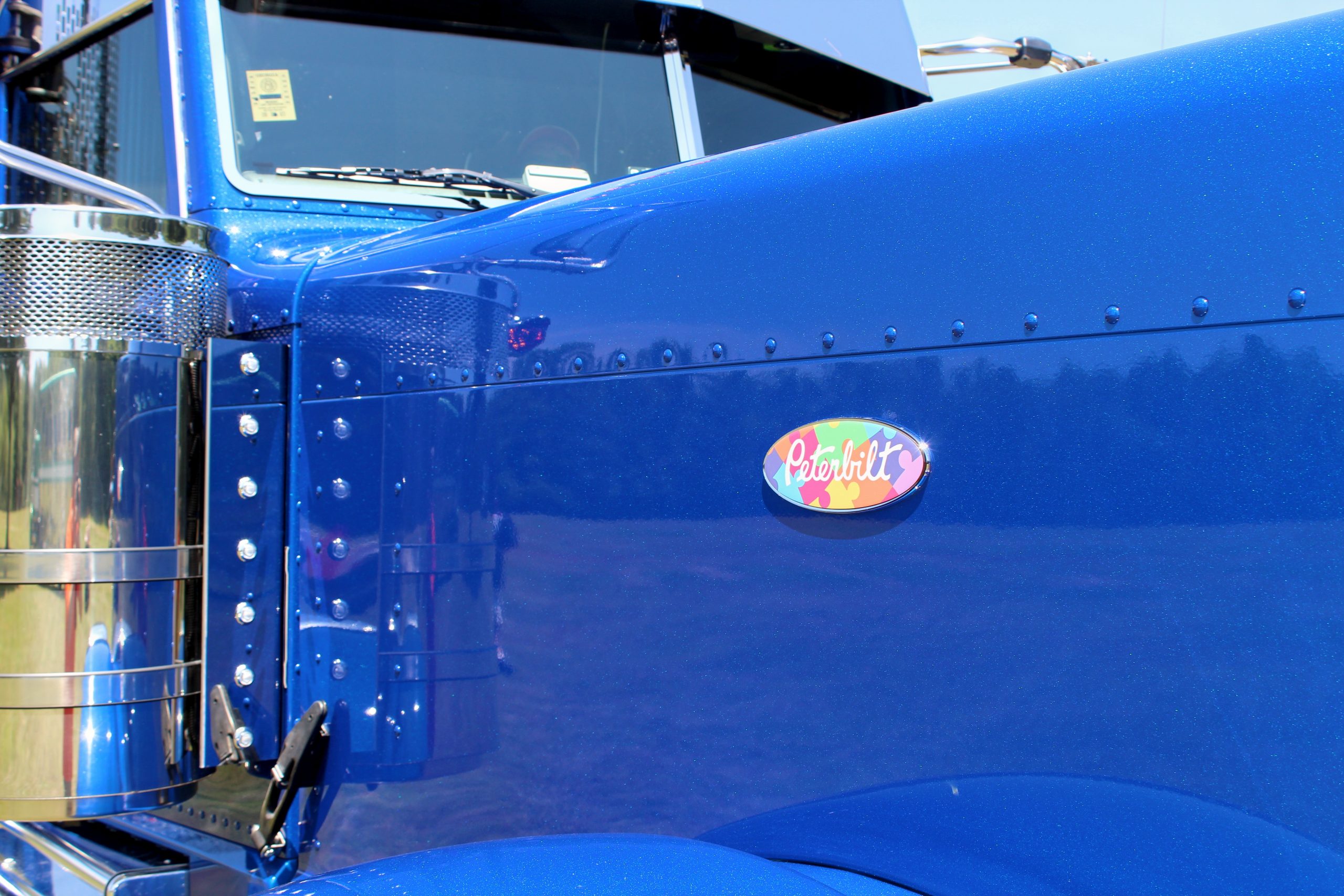